This work was developed during a 3 month artist residency in Kaohsiung, Taiwan.

The cabinet of curiosity was the precursor to the modern museum. Also known as the wunderkammer, or ‘wonder room’, the cabinet of curiosity was a room containing many artefacts from around the world, collected by its creator. These objects of intrigue were often hung from floor to ceiling, and displayed on shelves or in hidden drawers and compartments. Typically, the cabinets were divided into two categories; naturalia, which were natural objects such as shells, precious stones and taxidermied creatures, and artificialia, objects created by humans. However, the items in cabinets of curiosity walked a fine line between the real and imaginary, with many of the items represented as something they were not; for example, a narwhal’s tusk became a unicorn’s horn.

I approached Kaohsiung like a collector, with the intention of creating my own ‘wonder room’ filled with images that represent a part-real, part-imagined version of the city. Instead of photographing common objects, which could simply be collected themselves, instead the camera was turned towards larger elements of the city that would ordinarily be impossible to collect together in a room, vast spaces like the elemental sky and sea (naturalia), and human-created fragments of the built environment, such as the tops of tall buildings and bars that cover the windows (artificialia) which, reduced in size and removed from the context of their surroundings, become object-like curios themselves, represented as a kind of typology that allows us to examine them and compare variations in their structure and form. Even though the items in artificialia are seemingly banal, they are still significant in telling a story of a city; the bars that cover each window are the product of someone’s imagination, they represent another person’s aesthetic choice. They have been touched by many hands and peered through by many pairs of eyes.

Some of the collections in the installation represent not only certain places in the city, but also encourage us to consider a particular timeframe. Sky takes us through the course of one day from sunrise through to sunset and into the dark hours of the night when the unbroken view of the sky becomes interrupted by splashes of neon, while the design elements photographed for Top of the City and Bars span a decades-long time period.

Once the collection of the city has been established, it’s then possible for the collector to re-order the gathered fragments to begin to re-make the city as they wish to see it, a city in which plants and buildings are equal in size to fulfil the need for green surroundings and cleaner, fresher air. These photographs demonstrate that there are many different ways to describe the same city and that if we want, we can use the fragments of the existing city to create a new place in our imagination to escape to. 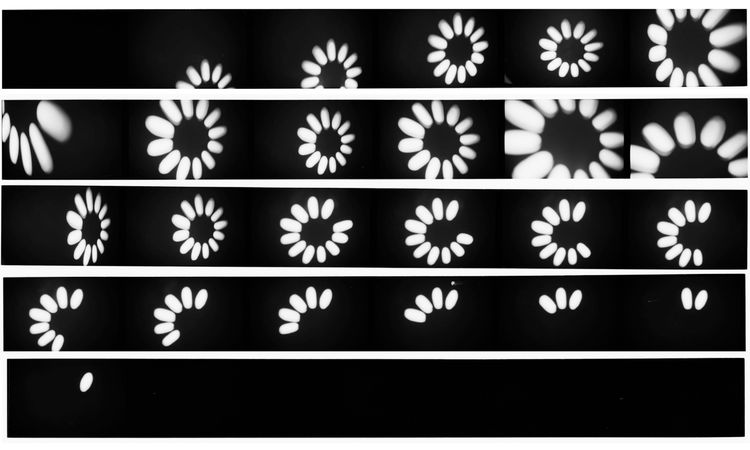