“The past is impressed on the very core of one’s being. ... [it] is alive in the form of gnawing interior discomfort.” - Bessel van der Kolk, The Body Keeps the Score

These works are the first stage in a new project reflecting research on traumatic memory and how it manifests in the body, with a focus on the mouth as the origin site of personal oral histories and the difficulty of using words to speak about traumatic events.

There exists a distinction between ‘common’ memory and traumatic memory. Common memory could be described as “properly representational; it is the memory connected with the thinking process and with words - the realm in which events are rendered intelligible, pegged to a common or established frame of reference, so that they can be communicated to, and readily understood by, a general audience.”* Traumatic memory lacks this language, the widely-shared frame of reference and narrative framework which is generally used to describe ‘common’ life experiences. It has been argued that “traumatic memory is of a ‘non-declarative’ type, involving bodily responses that lie outside verbal-semantic-linguistic representation.”*

The unknowability of trauma causes it to continue to haunt the body. Through this work, I imagine the possibility of extracting trauma from the body as one might extract a tooth from the mouth. These cameraless images were made within my body, and through the process of making the work I focus on the sensation of wordlessness associated with sense memory/traumatic memory, and the powerlessness of being unable to speak. 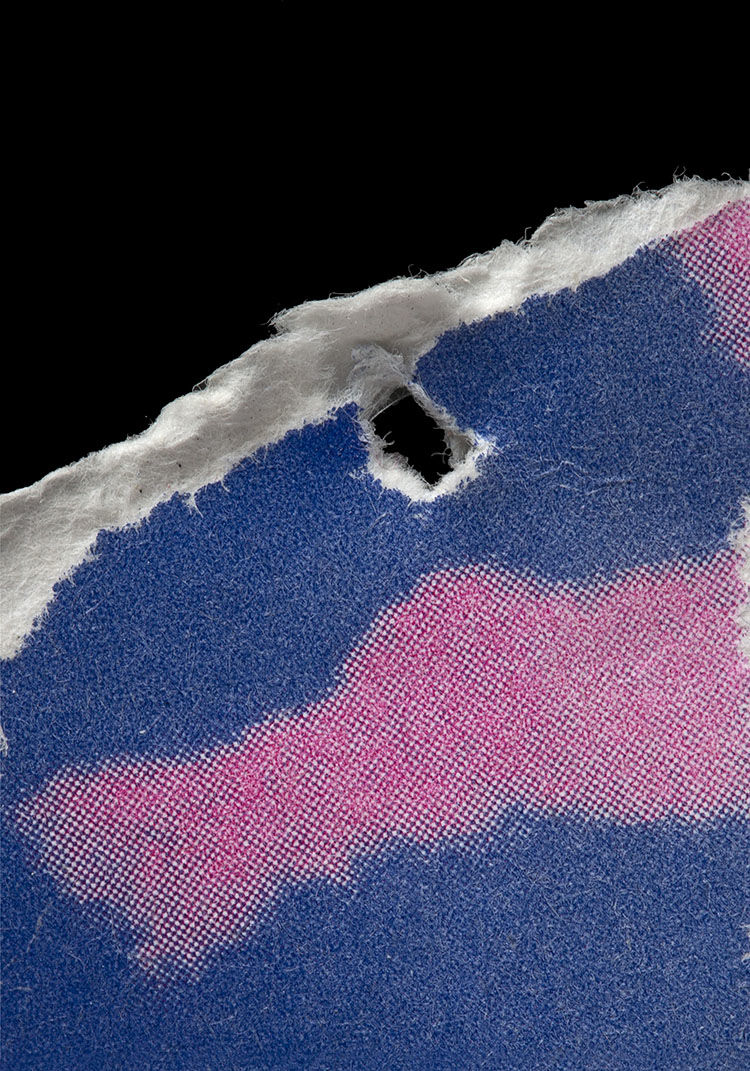